Frigid temperatures have been the norm for the last few days in Labrador West.  The local weather report had issued a extreme wind chill warning and most normal people hunker down inside.  Apparently, Bailey and I are the exceptions.  Minus fifty degrees Celsius didn’t keep us from our three outings.  Dressed for the cold, I followed behind Bailey as we headed for the protection of a tree-lined trail.  Although the air was cold, the wind was minimal.  Bailey’s thick coat seemed to be enough protection for her.  She stuck not just her muzzle in the snow (in the hopes of catching her pal’s scent) but, her entire head.  I was ready for a well-deserved cup of tea after our third hike in the early afternoon.  Bailey had other ideas.  The stare at the ball was an obvious clue that someone wanted to play in the backyard.  I accompanied my girl for a snow ball throwing frolic.  I tired long before the Newf did.  Bailey showed no signs of wanting to leave the white stuff.  However, she returned to the comfort of inside after I waved a treat in front of her nose. 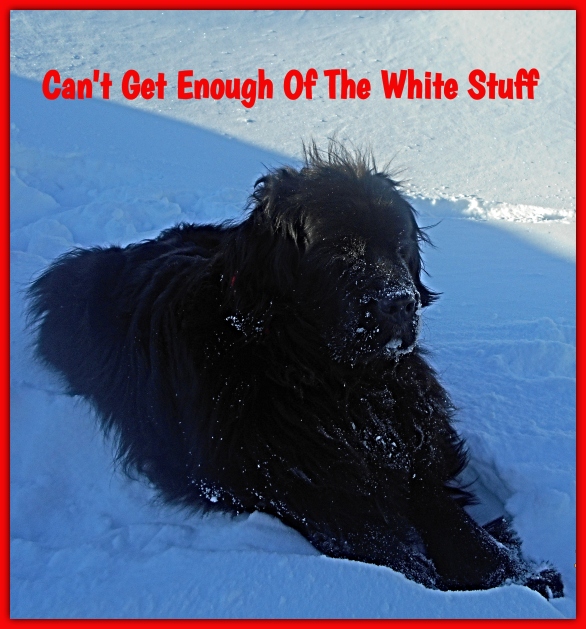